In the exhibition “Shades of existence” you meet three internationally active artists who, with a great sense of their material, create personal and emotionally strong worlds where the viewer is released freely in their interpretation of the works. All three have found their distinctive expressions through a kind of experimental lust. In the exhibition you will see both their drawings and ceramic sculptures. It is an exclusive meeting that touches something fragile, different and dark, but that also explores all nuances of life with sympathy and humor.

Klara Kristalova was born in Prague 1967. One year later, her family moved to Sweden. She encountered the ceramic’s possibilities early since her parents worked with ceramics and sculpture. However, Klara chose to study painting at the Royal art school in Stockholm, but later she brought up the sculpturing again. She found it liberating to work with a material that was associated with crafts and did not feel so burdened in the context of art. Drawing initiates her artistic process and she describes her sculptures as precisely three-dimensional drawings. When Klara draws, she forms an idea and a direction which then forms the basis for the intuitive work on the sculptures. Her art revolves around states of mind, fragments of memory and our human existence. Klara builds up worlds that at the same time are strange and emotionally exact. Everything does not have to be explained with words. Her art has been exhibited around the world, including the Gallery Magnus Karlsson in Stockholm, National museum, San Francisco Museum of Modern Art and Galerie Perrotin in New York, Hongkong and Paris.

Joakim Ojanen was born 1985 in Västerås. He studied graphic design and illustration at Artfack in Stockholm but realized quickly that it was art he wanted to work with. With inspiration from, among other things, series and animation – and with a unique sense of the inherent possibilities of ceramics – Joakim creates playful art that speaks to our inner child. He became committed to the sculpting during a ceramic course. After that course, his cartoon characters began to take form in the mud with a distinct fragile appearance. Over time, the works grew larger. His sculptures and drawings grow in an intuitive process where the material and mood lead the way. The sculptures have a strong emotional expression: they can be tragicomic, sad, happy, touching and funny. The characters seek their way through existence and signal that it is okay to be just who you are. Joakim’s art has been exhibited in several countries, including Christian Larsen Gallery in Stockholm, Richard Heller Gallery in Los Angeles, The Hole in New York, Ruttkowski;68 in Cologne and Lefebvre & Fils in Paris.

Ragnar Persson was born 1980 in Tavelsjö in Västerbotten. Experiences from the upbringing are important building blocks in his art. It can be about the feeling for nature and the bright night, about secretly smoking in the wood and listen to hard rock. With other words, a mix of heavy metal and Tove Jansson. There is a dark foundation in Ragnar’s art – a feeling of something approaching or a place that carries strange memories. When he was young, he often drew from the covers for various punk- and hard rock albums, but it was during the second year at Konstfack, at the institution for free art, that he found his imagery and incorporated the drawing into his artistry. The pencil drawing felt liberatingly simple and direct and did not carry too big artistic pretensions. Ragnar often works with a collage technique where the characters are brought together from different directions in carefully constructed drawing worlds. His naked and enigmatic ceramic sculptures complement elements in the detailed drawings. Ragnar’s art has been exhibited in several countries, for instance at Gallery Steinsland Berliner in Stockholm, galleria de muerte in Tokyo, Charlotte Fogh Gallery in Aarhus and Play Studio in Istanbul. 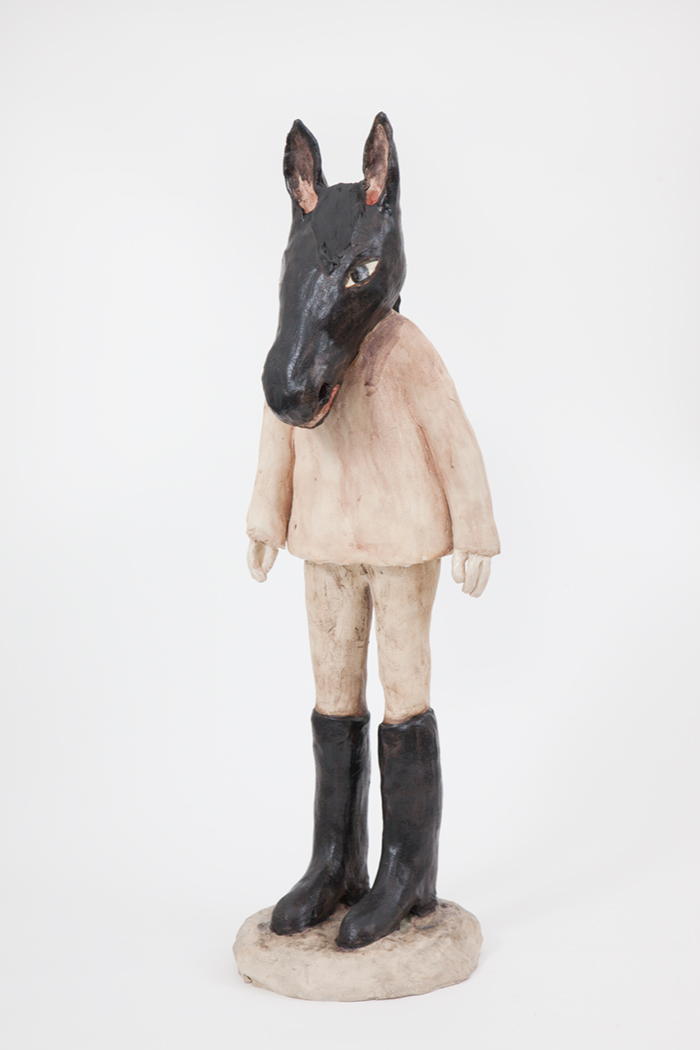 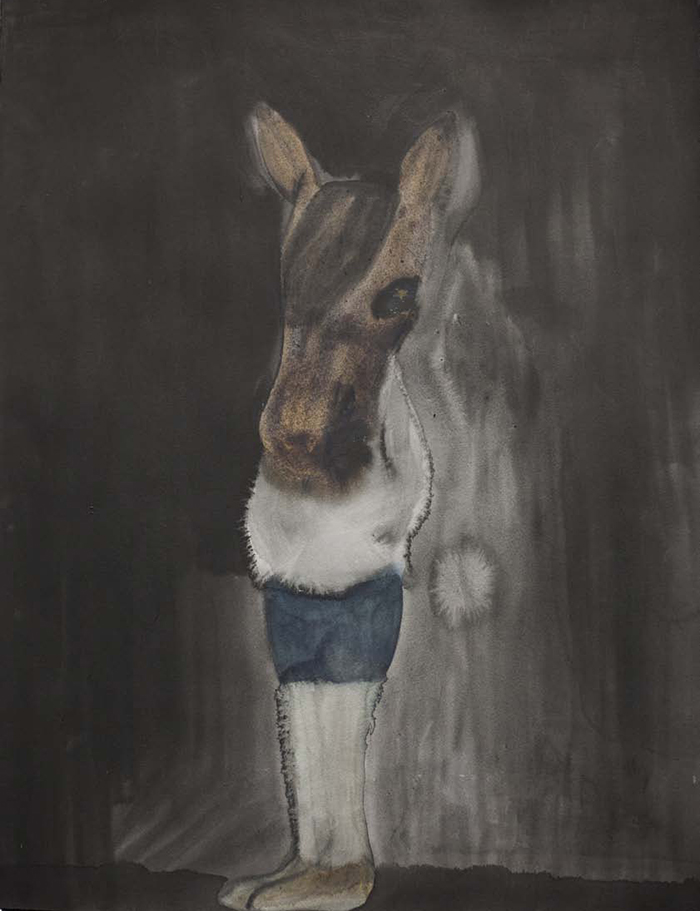 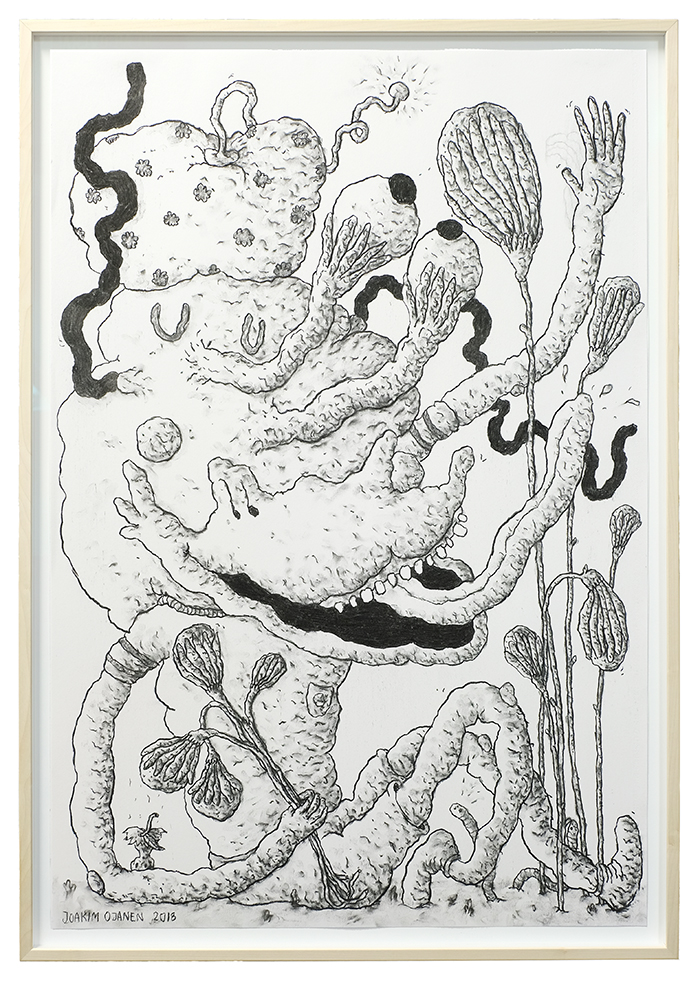 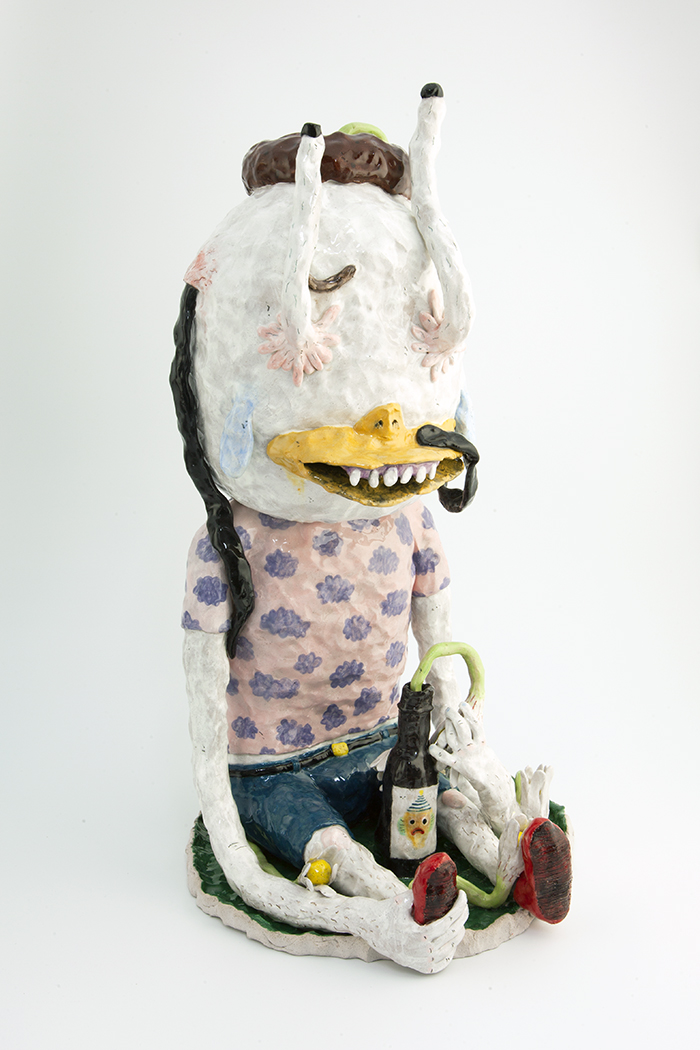 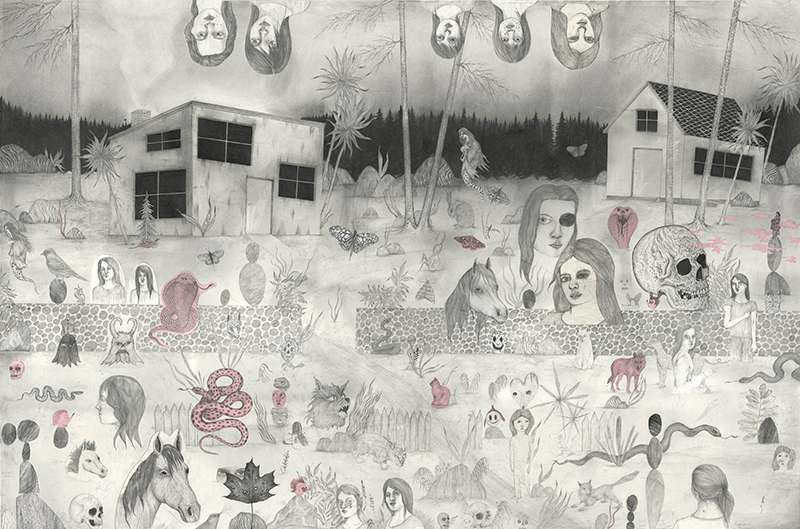 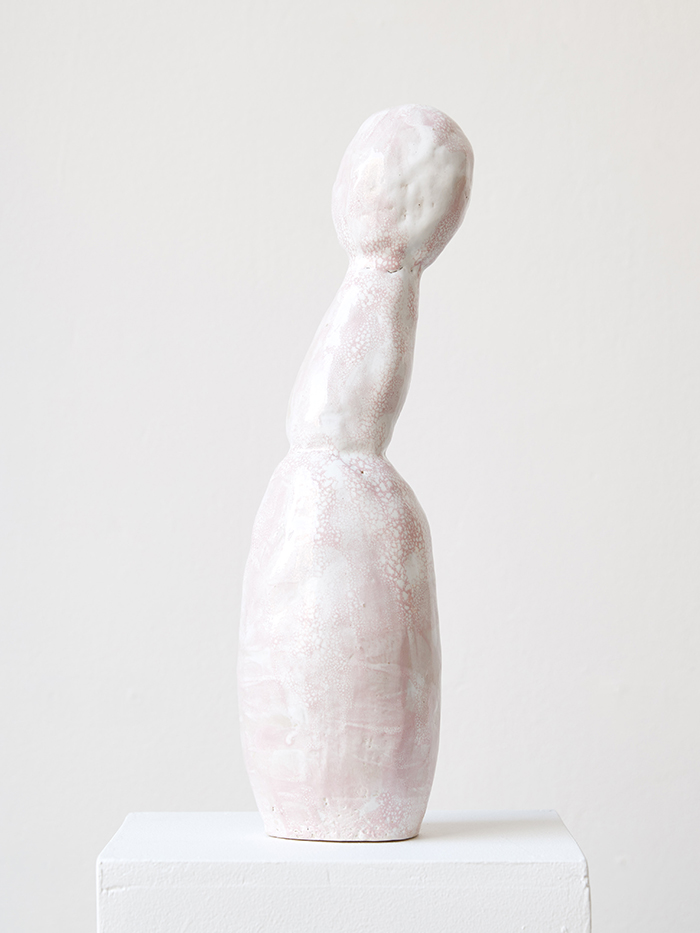