From fire station to museum 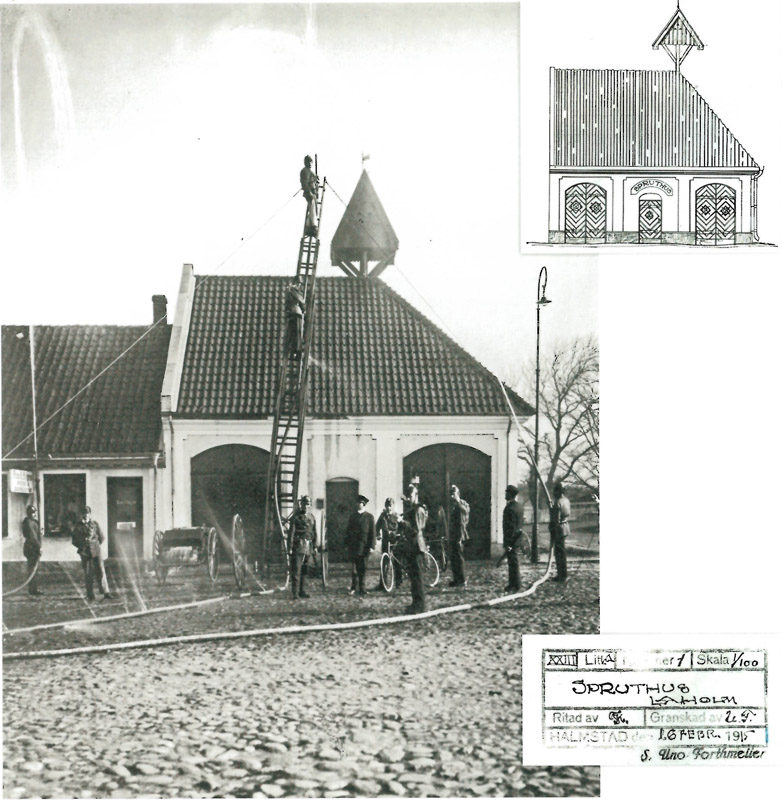 In 2003, the architect Jörgen Michelsen’s proposal to rebuild the old fire station into a new museum won. The proposal represented a careful restoration of the old cultural building from the 1910s, and also a modern and bright extension facing the river Lagan.

The reconstructed part of the fire station, with an entrance facing Hästtorget (a public square), houses reception, shop and exhibition areas. The extension with its two floors house exhibition halls, a drawing studio and a café.

The construction project was done according to the so-called “Halland model”. The model has been internationally noted for training unemployed construction workers while preserving and restoring cultural and historical buildings. Fortysix women were also trained in carpentry and brick laying throughout the reconstruction of the museum, as the Halland model was combined with a project aiming to increase the share of women within the construction industry.

Architect Jörgen Michelsen works in a Nordic, humanistic and functional tradition with “cultivated simplicity” as main goal. He was born in Norway and studied architecture at Kunstakademiets School of Architecture in Copenhagen. After five years of work in Denmark he continued to Sweden, where he eventually established his architectural office in Helsingborg. Jörgen has designed schools, town halls, fire stations, libraries, homes, neighborhoods (and more) all the way from Kiruna in the north to Klagshamn in the south.